The demolition has taken place. The first image shows some of the demo in prep for a new exterior finish on the home. It will include siding replacement with new soffit and facia as well as a new front entry deck and bay window treatment. The second shows the beginning of the end for the existing garage. 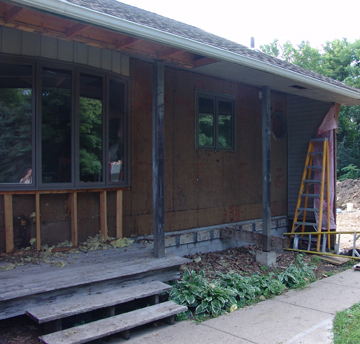 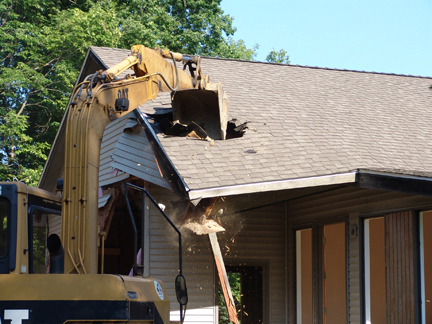 A brief display of machine against garage.

As you might expect, the machine won handily, resulting in a clean job site for excavation in preparation for the concrete footings and cement block work. 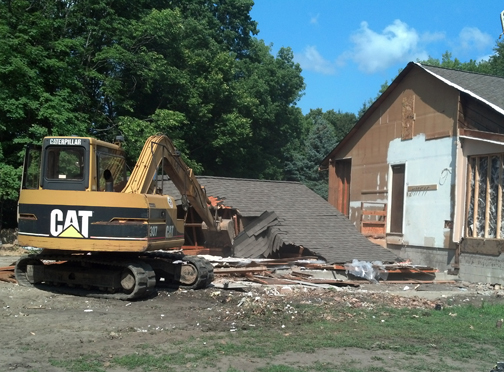 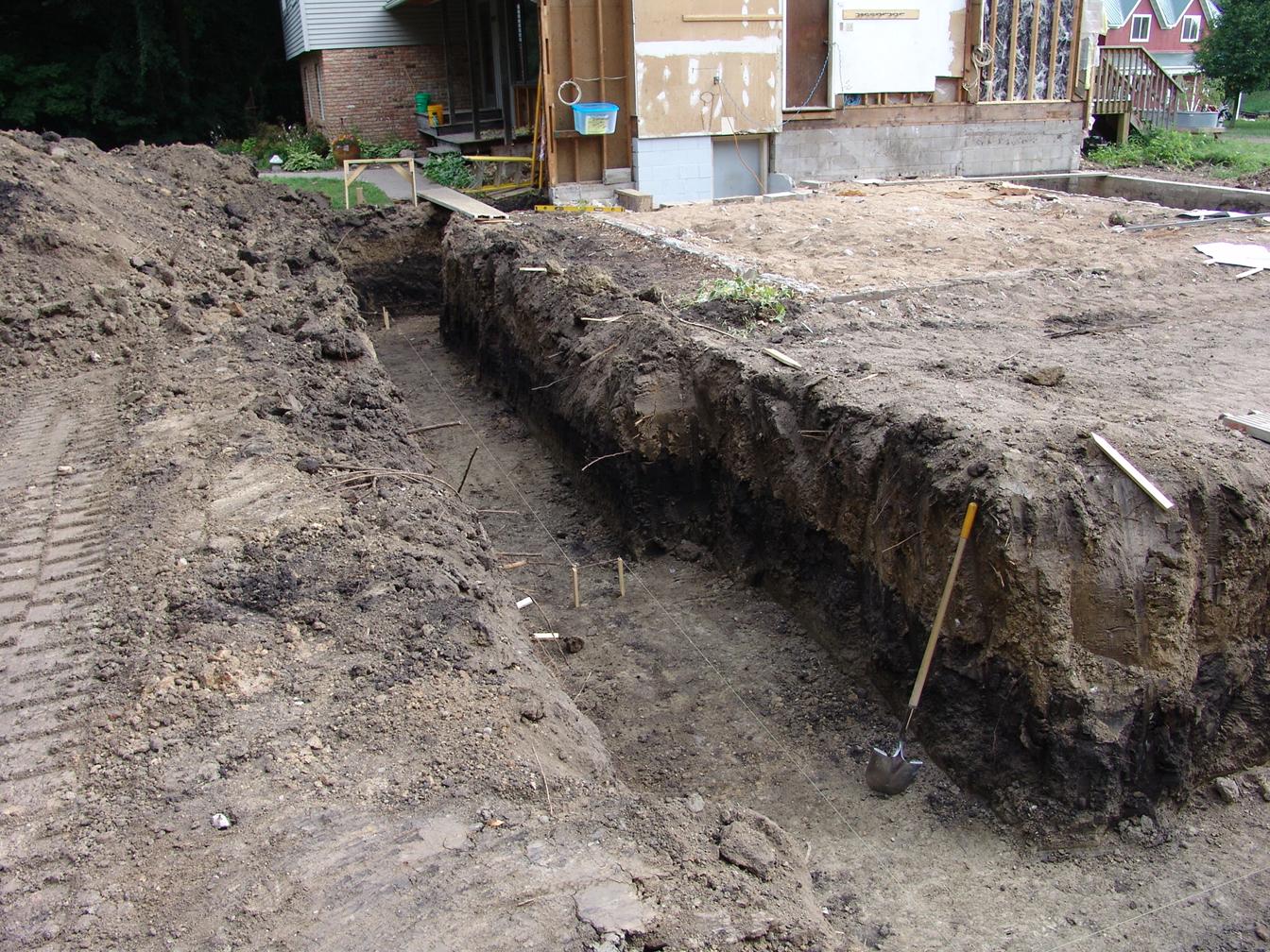 This last shot shows some of the existing cement block and foundation that has been left in place in as part of what will become a very sizable crawl space. We’ll show you a pic of the crawl space in our next post as well as a finished concrete slab! 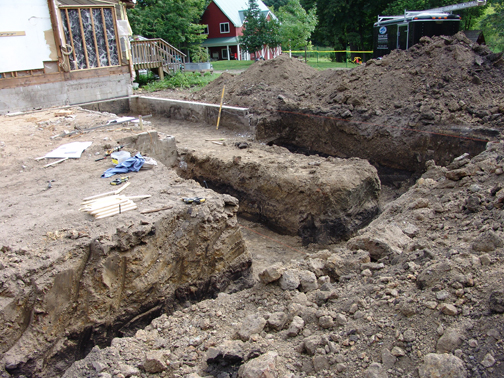